Back Music Im Listening To 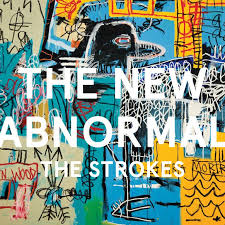 The main singer, Julian Casablancas really carries these songs. His voice is so versatile it becomes multiple different people. In some songs his head voice creates the image of a teen pop-star singing, other times it’s soft and heavenly, while in other songs like On The Other Side Julian’s voice is warm, brassy, and aged like honey. Albums are relatively consistent and dedicated to “The Strokes sound”, making this artist a solid pick to listen to on shuffle. Although I wish some songs were more lyrically complicated or raw, I still believe the band provides the right music for any occasion: a walk in the woods, a car ride, even at home. If you’re looking for energizing, slightly angsty music that will get stuck in your head (in a good way), then this is it. 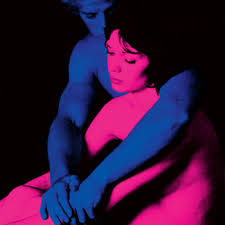 TV Girl isn’t what you’d expect from the artist name. Firstly, the songs are all sung by a man. Sometimes a woman voice is sampled in, but the music is mostly sung by a hypnotic sounding Brad Petering. There are 3 main albums, with an extra for outtakes. TV Girl reads as a study of many phenomenon: manipulation, misogyny, and toxic relationships. Through the lyrics we learn the perspective shared by many in society: a selfish persons demeaning views of their partner. Every song features a different perspective on relationships. The mesmerizing, somewhat nostalgic dance music ties the lyrics in to create a certain feeling you’ll only know when you listen. Some TV Girl songs are slow, some are energizing, but all of them have a dark feel to them based on the lyrical content and apathy of the character Brad embodies in the music. Some favourites of mine are Natalie Wood and Taking What’s Not Yours. TV Girl is the perfect artist for the toxic side of everyone, or for people who prefer music that tells a story. I’ve been listening to the same songs for a while and I’ve yet to get bored, which is a good sign. 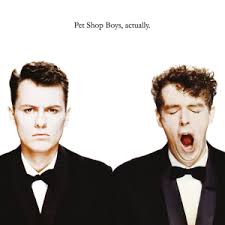 Just some good old classic 80s music. Twinkley sounds, dramatic theatre sounding tracks, and the larger than life stage voice of a classic 80s hit, guaranteed by this artist every time. See normally I’m not a fan of 80s music, but I’ve started to fall into the rabbit hole. I love the dramatic feeling of every song, and the kind of intensity you don’t find in songs today because modern songs are trying to be “low key”. Some common lyrical themes are: being queer, relationships, and general life in that time period, and social issues. As far as I know Pet Shop Boys was one of the first openly gay British pop bands! (see the song “It’s a Sin”) My personal favourite song is What Have I Done. The lyrics of an average Pet Shop Boys song use repetition as a strength to get catchy melodies into your head. Sometimes the music will transition from being sung to spoken in a way that draws your attention and has the perfect rhyme scene, which is a strength of Pet Shop Boys. The singers voice is recognizable and pleasant on the ears. Just some quality music here. There’s something really dark about Fiona Apples music. With the heavy piano keys playing, Fiona’s brassy voice and sour sounding words, and heavy praise from the jazz ensemble (trumpets, trombones, and saxophones) you can really feel this music weigh on you. There is style and intention to be found in every song. Beyond just the harmony, Fiona’s lyrics read like an angry newly divorced woman finding strength in herself. It takes time to get used to, but I find it’s an enjoyable style. Anger can be empowering sometimes. Some lyrical themes here are: manipulating overs, relationships, recklesnsess, personal issues. Fiona isn’t afraid to be a bad person in her lyrics and it’s pretty enjoyable when you’re in a bad mood and need her rhythmic words to say what you’re thinking but can’t say. If I had to pick a favourite song it would be Limp, or maybe Under The Table for the swinging rhyme scheme. This music genuinely sounds like poetry and I really appreciate the way Fiona sprinkles in metaphors throughout her very visual songs. Baroque-pop means pop with classical music influences, Fiona represents this through cord changes and lyric repetition accordingly in a way that feels mature and stylistically mature. You’ll be hard pressed to find other artists that can meet all these boxes. That’s what Fiona Apple is, complex, haunted lyrics with an mature style.